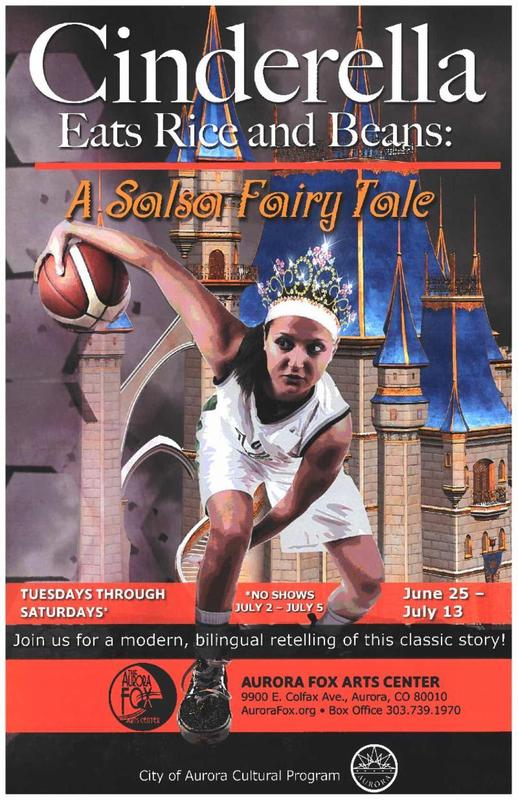 Congratulations to Ezabela Zazueta!
Ezabela is a non-native Spanish speaker going into 5th grade at GVA Aurora. This summer she will be performing as Cinderella in the production of the Cinderella Eats Rice and Beans at the Aurora Fox. In this musical, Cinderella is Spanish speaking which provides Ezabela the perfect opportunity to show off the Spanish language skills she has learned at GVA.
Tickets are only $7.00 each. You can purchase tickets to the production here.
Loved by audiences, theaters, schools and academics, alike, “Cinderella Eats Rice and Beans: A Salsa Fairy Tale” is a groundbreaking, bilingual children's musical.
What will happen to Cinderella at the ball … game? That's the surprising climactic question in this contemporary Latin-American Cinderella musical, which delightfully turns the classic fairy tale on its head, telling the story from both Cinderella and the "stepsister's" perspectives. Cinderella, a newcomer from Puerto Rico, comes to visit her "stepsister," Rosa, in the United States. The catch? Cinderella only speaks Spanish and Rosa only speaks English! Will these two girls be able to reach an understanding at the ball (game)? With a fairy godfather and other delightful twists to the original story, “Cinderella Eats Rice and Beans: A Salsa Fairy Tale” crosses language and gender barriers, sharing a subtle lesson on empathy,
sportsmanship and respect. Boys and girls will be cheering in the aisles!